Sorry for the lack of posts for a while. I have been very busy with projects. However this 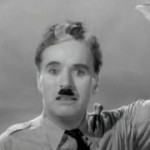 came across me. It is from the Charlie Chaplin film The Great Dictator. The film is a spoof of Hitler and was released while World War 2 was still on. Over 70 years ago but it is even more relevant today than it was then.

This video has been powerfully mixed in with the soundtrack from Inception called Time by Hans Zimmer. I have included a transcript of the final speech below. The film is a masterpiece and is well worth a watch.
AMAZON.co.uk from £4.99

This video is an alternative version which mixes in alternative video. It is good also but Chaplin’s performance should not be missed. The great comedian speaks the truth. This version of The Great Dictator speech features the song Window by The Album Leaf.

Transcript of the speech:

The way of life can be free and beautiful. But we have lost the way.

Greed has poisoned men’s souls, has barricaded the world with hate;
has goose-stepped us into misery and bloodshed.

We have developed speed but we have shut ourselves in:
machinery that gives abundance has left us in want.
Our knowledge has made us cynical,
our cleverness hard and unkind.
We think too much and feel too little:
More than machinery we need humanity;
More than cleverness we need kindness and gentleness.

Without these qualities, life will be violent and all will be lost.

The aeroplane and the radio have brought us closer together. The very nature of these inventions cries out for the goodness in men, cries out for universal brotherhood for the unity of us all. Even now my voice is reaching millions throughout the world, millions of despairing men, women and little children, victims of a system that makes men torture and imprison innocent people. To those who can hear me I say “Do not despair”.

The misery that is now upon us is but the passing of greed, the bitterness of men who fear the way of human progress: the hate of men will pass and dictators die and the power they took from the people, will return to the people and so long as men die [now] liberty will never perish. . .

Soldiers: don’t give yourselves to brutes, men who despise you and enslave you, who regiment your lives, tell you what to do, what to think and what to feel, who drill you, diet you, treat you as cattle, as cannon fodder.

In the seventeenth chapter of Saint Luke it is written:
“The kingdom of God is within man”
Not one man, nor a group of men, but in all men; in you, the people.

You the people have the power, the power to create machines, the power to create happiness. You the people have the power to make life free and beautiful, to make this life a wonderful adventure. Then in the name of democracy let’s use that power, let us all unite. Let us fight for a new world, a decent world that will give men a chance to work, that will give you the future and old age and security. By the promise of these things, brutes have risen to power, but they lie. They do not fulfil their promise, they never will. Dictators free themselves but they enslave the people. Now let us fight to fulfil that promise. Let us fight to free the world, to do away with national barriers, do away with greed, with hate and intolerance. Let us fight for a world of reason, a world where science and progress will lead to all men’s happiness.

Soldiers! In the name of democracy, let us all unite!

Look up! Look up! The clouds are lifting, the sun is breaking through. We are coming out of the darkness into the light. We are coming into a new world. A kind new world where men will rise above their hate and brutality.

The soul of man has been given wings, and at last he is beginning to fly. He is flying into the rainbow, into the light of hope, into the future, that glorious future that belongs to you, to me and to all of us. Look up. Look up.

This is a guest post by my good friend Kate Peterson. Kate and her friend Melissa recently travelled Europe, after previously working in medicine in Nepal and Colorado. She is a running fanatic and has ran several marathons across the world. She writes far better than I do and I loved her posts during her trip.  Post trip she wrote two special pieces entitled Adventure and The Human Experience, both which are now featured on this site. Enjoy 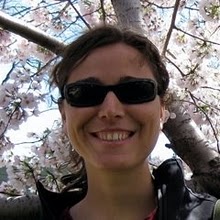 “Adventure. I love that word. It connotates wonder, excitement and opportunity. Possibilities abound in the word itself. But what does adventure mean? Each person may have their own definition. Alastair Humphreys, a Brit who biked around the world in four years, has a clear picture of adventure in his mind. I met a pharmacist prior to the marathon in Flanders Field who thought running 100 miles through the Sahara Desert was adventure. The frail, elderly lady may see going to the grocery store as an adventure. I believe adventure is anything that gets you out of your comfort zone, that challenges how you think and how you perceive the world. Adventures push the limits of capabilities. Adventures lead to discoveries like self-awareness, awareness of others, personal character aspects and new abilities and/or limits. You meet people, learn and gain new perspective, which allows a more full human experience. Living with a spirit of adventures allows you to vanquish three of my most dreaded fears; stagnation, apathy and complacency. Adventures allow you to capture unrealized potential. Adventures are freeing (notice I did not say free, although they can be). Often times, we get caught up thinking, “I couldn’t possibly go off on an adventure. I don’t have the money or the time.” I like the idea of mini-adventures. Colorado is great because it offers heaps of mini adventures. It may be a new hike or a camping trip or something entirely different. Before we left, Melissa started a list of adventures. It included things she had never done before like quitting her job, backpacking across Europe, playing an open mic night, dancing lessons, a week where everything she ate, including condiments, was homemade, paragliding, brewing kambucha, a day without electricity, a week without using her car, shooting a gun, and many others. One of the things that I love and respect so much about Melissa is her commitment to self-improvement and becoming a more well-rounded person.

One of the wonderful things about traveling is that you meet fantastic people. Three years ago, I met Lewis in Nepal. We have kept in touch and I have learned quite a bit through our friendship. Lewis introduced me to “The Do” Lectures. These are seminars motivating people to experience life, to do. Lewis created a website entitled, Statements of Intent. The blog focuses on inspiration and travel. It features videos, quotes and reading excerpts to promote an attitude of adventure and living a life of purpose. I have included the link. I definitely recommend checking it out and taking time to listen to Alastair Humphreys.

Regardless of your definition of what constitutes an adventure, embrace it. By approaching each day as adventure, the scales of the mundane, predictability and apathy will be torn off.”

Alastair Humphreys coined the idea of a “microadventure”, which is talks about in his Do Lecture. Its the idea of while you can’t always trek through Bhutan, you can have great adventures and good times with friends ANY weekend wherever you are in the world.  This video shows what appears to be a great way of life. Very inspirational in the way its about just going and making the most of what you have. The video shows a very idealistic day paddling up the Pembrokeshire coast in search of a secluded beach to 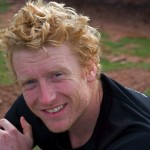 camp. Watching seals and dolphins, catching fish and crabs, cooking on a campfire and sleeping on the beach.

Music: Restless Feet – Danny and the Champions of the World

I saw this image on Reddit. Its tag was, “look at this in the morning and it will make you happy”. Its a stunningly designed poster, with great but simple meaning. I’m unsure of its origins and who made it, comment if you know. Click the image to see it in full size.  Transcipt of the picture is below.

The world is meaningless.

There is no God or gods, there are no morals, the
universe is not moving inexorably towards any
higher purpose.

All meaning is man-made. So make your own and
make it well.

Do not treat life as a way to pass the time until
you die. Do not try to “find yourself”, you must
make yourself.

Choose what you want to find meaningful and live,
create, hate, cry, destroy, fight, and die for it.

Do not let your life and your values and your
actions slip easy into any mould, other than that
which you create for yourself, and say with
conviction, “This is who I make myself.”

Do not give in to hope. Remember that nothing you
do has any significance beyond that with which
imbue it. Whatever you do, do it for it’s own sake.

When the universe looks on with indifference,
laugh, and shout back, “Fuck You!”. Remember that
to fight meaninglessness is futile, but fight
anyway, in spite of and because of it’s futility.

The world may be empty of meaning, but it is a
blank canvas on which to paint meanings of your
own.

Live deliberately. You are free.